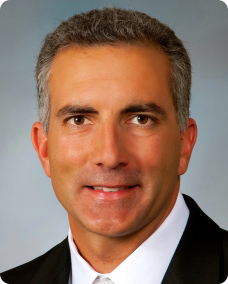 Dr. Jackson is a native New Yorker and attended college at Stony Brook University where he studied both business and the biological sciences, graduating with a degree in economics. He then relocated to the Midwest for medical school and received his MD degree from St. Louis University where he was inducted into several medical honor societies. After medical school, five years were spent at Northwestern University in downtown Chicago for Orthopaedic Surgery residency. It was there that he developed an interest in treating disorders of the spine, which lead him to the world-renowned Twin Cities Spine Center for specialized training in the diagnosis and treatment of spinal disorders. During his fellowship year, Dr. Jackson was comprehensively exposed to non-operative and operative treatments of the cervical, thoracic and lumbar spine in both adults and children. A particular interest in disorders of the cervical spine was developed at the Twin Cities Spine Center.

He is board certified by the American Board of Orthopaedic Surgery, is a member of the North American Spine Society and American Academy of Orthopaedic Surgery. Dr. Jackson has authored and presented numerous peer-reviewed spine articles, in addition to co-authoring a spinal textbook. He was recognized with a national award for contributions to the surgical treatment of the cervical spine. An active interest in research is maintained, with special focus given to disorders of the cervical spine and junctional changes that occur following spinal surgery.

Dr. Jackson’s orthopedic practice is limited to spine surgery and concentrates on disorders of the cervical spine.

What people have to say

Dr. Jackson is a great surgeon and very attentive to my needs and concerns. The thoroughness to detail, the compassion, the care, and the follow-up I received from Dr. Jackson, Derek & Heather were top notch. I needed a fusion at C4-C5 after years of neck & trapezius pain. The recovery time was way easier and shorter than I thought it would be, and I am without pain now! I would recommend Dr. Jackson if you are looking for someone who cares about you and your quality of life.

My experience with Dr. Jackson at Premier Spine care was awesome. His professionalism and bedside manner was the best. I had a very sharp pain in my neck that radiated to the top part my shoulder. I had tried many options (Chiro, injections, deep tissue massage & PT) with no success before consulting Dr. Jackson. He identified the issue, explained the surgery required to resolve. Within days after the surgery, my symptoms were gone. By 12 weeks I was 100%. The office staff was also great!

I would recommend Dr. Adrian Jackson for those in need of a back specialist!. After taking Conservative maintenance with my back which actually ended up being a very bad herniated disc, I made the decision to have a Microdiscectomy done on my L4/L5 disc. the steps he took and the calm and very patient communication he had with me made me feel very comfortable of what journey I was taking to better my back. He kept everything a 100% real with me about outcomes of what I can expect.

I had bones spurs at C5/C6 and was in a lot of pain for a year. I went to physical therapy, had spinal injections, and nothing helped to alleviate the pain. I was referred to Dr. Jackson. He explained he could help by performing a cervical disc removal and fusion. I am so happy I had this surgery. The pain is much less and I am now able to sleep through the night. I highly recommend Dr. Jackson. His staff was extremely helpful and very friendly.
-Terry in Overland Park, KS | Nov 17, 2017

I was sent to Dr. Jackson by my work for a back injury. Dr. Jackson was straightforward with all the options available and the expected results of each option. I elected to have surgery against all the things I have heard from friends and relatives about back surgery. I am about 14 weeks post surgery and I am back to full duty at work. The surgery, to date, has been a great outcome. I would highly recommend Dr. Jackson. Do your part physically, and you will be happy with the result.

If you are experiencing neck or back pain and would like to know your options, please give us your name and number and a specialist will be in touch.

Take One Step Closer to Relief!

We are here to help. Send us your information and one of our staff members will get back with you.

We got your message. We will get back with you shortly